Transforming lives, one innovation at a time!

Milton, a name recalled with warm nostalgia, down memory lane where every household enjoyed the convenience of freshness stored in a classic casserole, a shiny steel tiffin and a sturdy water bottle. Today, in these ever-changing times, Milton has evolved and expanded this convenience through a range of homeware products focused on catering to the needs of modern consumers. Milton ceaselessly draws inspiration from people's journeys and strives continuously to make life easier with state-of-the-art products. Thus enabling and revolutionising a progressive lifestyle, one innovation at a time.

Founded in 1972, today Milton stands proudly with a legacy spanning over 50 years, along with an established network of 55,000 retailers and a host of strategically placed manufacturing units across the country. This fuels Milton to continually move forward, evolve and bring the winds of change to every household with its product range.

Being one of the most celebrated homeware brands, Milton aims to provide high-quality products that solve consumer problems by continuously innovating, setting new standards and doing outstanding work.

To be the unassailable leader in homewares by providing ‘Best-in-Class’ products & solutions that redefine value, convenience and style.

Quality is the bedrock upon which Milton’s reputation rests. With its constant efforts to create groundbreaking and sustainable ideas for its consumers, Milton’s quality of work has built a name for itself. Hence, it prides itself for being consistent and ever-evolving in delivering quality, making it one of the most trusted brands in the homeware industry.

Milton-made products are built to withstand crowded commutes, boisterous school recess hours, and storing delicious meals day-in, day-out. When real-life is so tough, Milton makes sure that its products stand tougher by the consumers' side.

Milton not only believes in delivering quality products that ease customers’ lives but also ensures its accessibility to its users. Customer care executives can always be reached via a toll-free number, and the response team for the contact forms are thoroughly trained and ready to address every requirement.

Evolution is the Hallmark of Progress

Change is constant, but to turn it into an opportunity for innovations, is what defines Milton's motto - 'Kuch Naya Sochte Hai'.

At Milton, every day is an introspection over thoughts and ideas to create something better than yesterday, perhaps a better tomorrow where lifestyle is continuously changing and our innovations serving as the catalyst of this constant evolution. 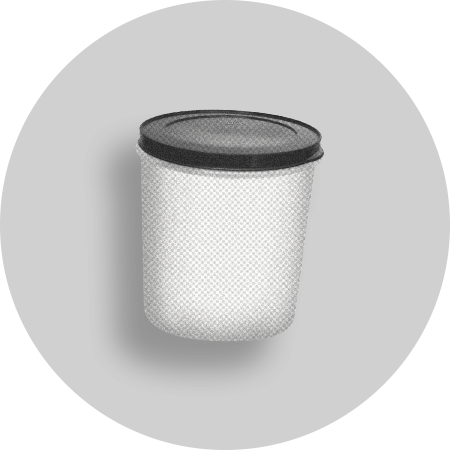 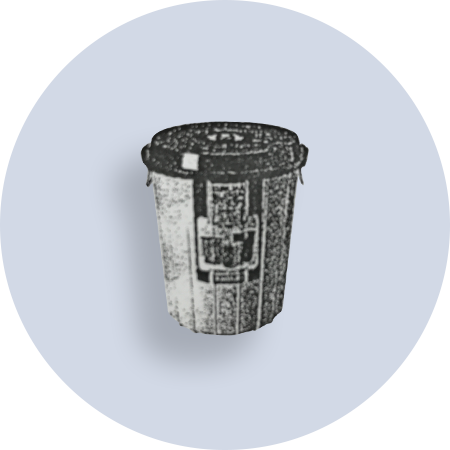 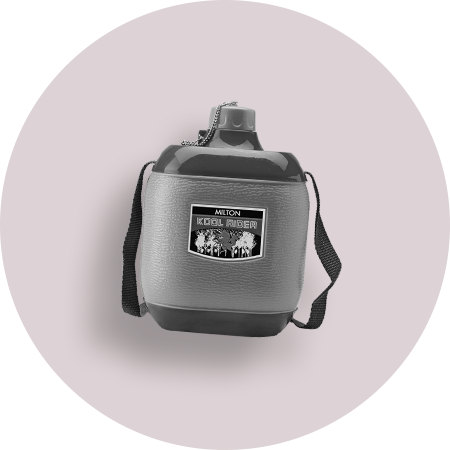 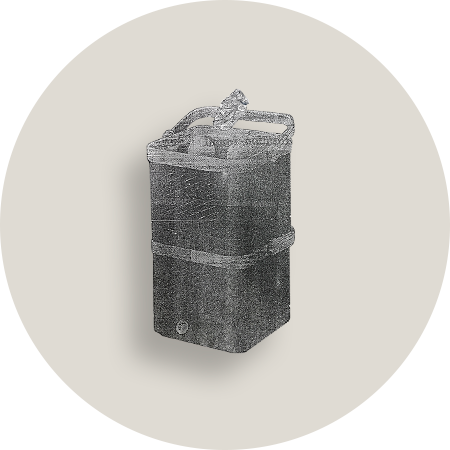 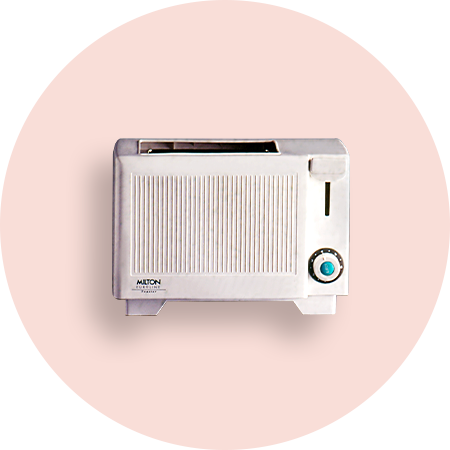 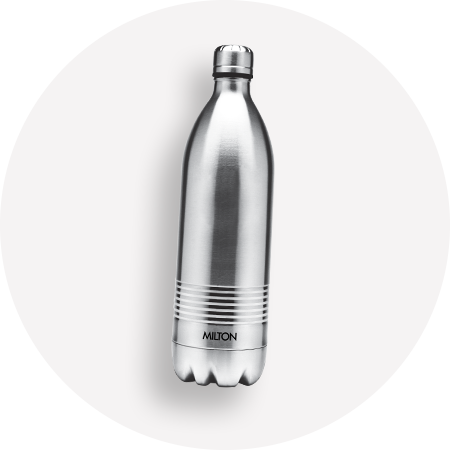 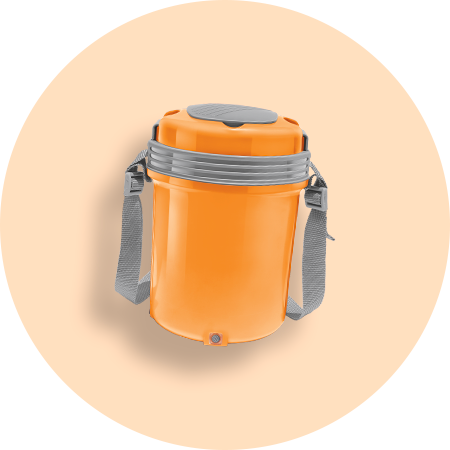 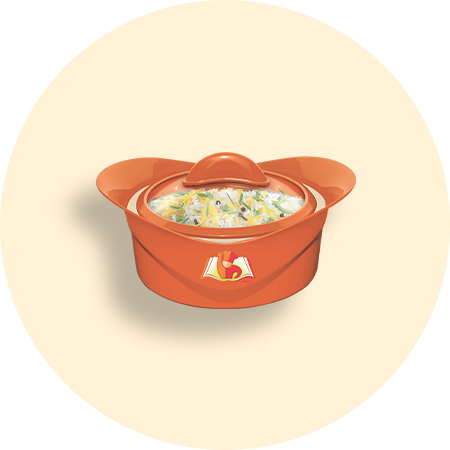 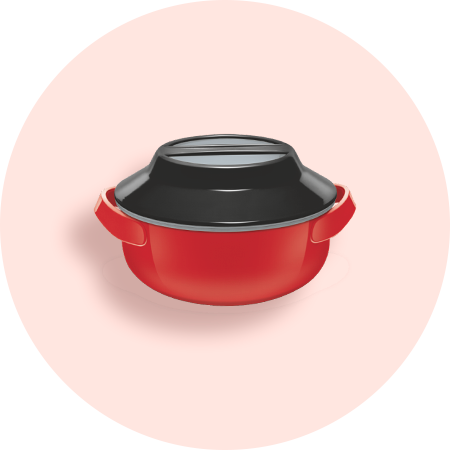 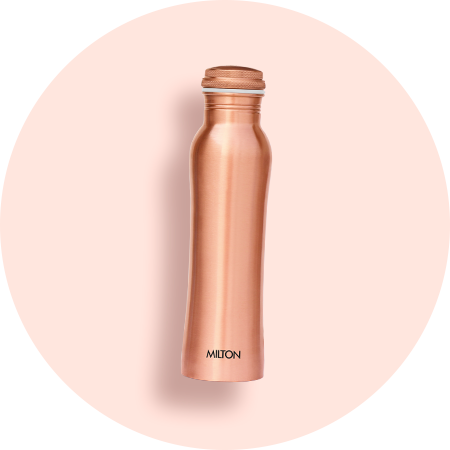 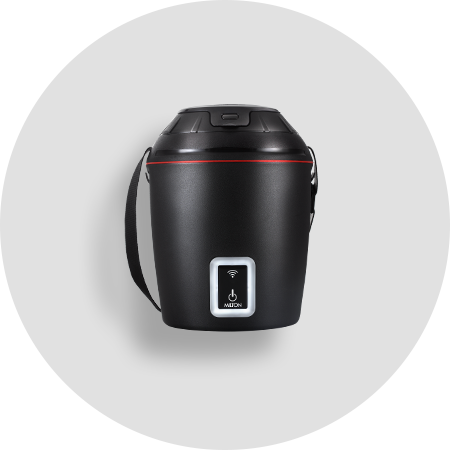 Excellence that creates a difference

Innovation has always been symbolic to Milton, and with its motto of Kuch Naya Sochte Hai, it has consistently pushed limits to break predefined standards of convenience and set a benchmark for the homeware industry! The proof lies in Milton’s achievements, where every award speaks for its efforts to make customers' life more convenient. 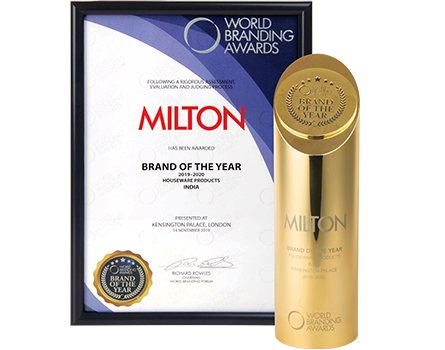 The World Branding Awards is the premier awards of the World Branding Forum. The Awards recognises the achievements of some of the best brands in the world. Milton being named ‘Brand of the Year’ is an illustrious and reputable achievement as not every category, and not every country is awarded. Winners are evaluated through three streams: brand valuation, consumer market research, and public online voting – 230,000 consumers around the globe. 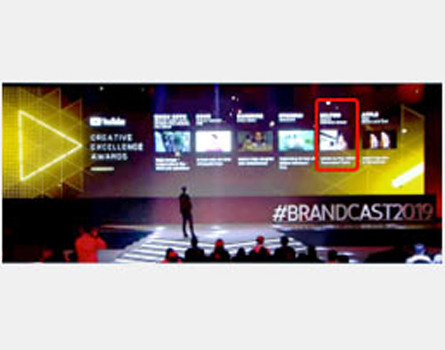 YouTube Creative Excellence Award listed the top 6 performing ads from July 2018 till December 2018, which were rated by an esteemed panel of 10 representatives from creative agencies, ad film direction and media planning agencies. Milton, along with other brands from different categories like Samsung, Apple, Hyundai, Bajaj Auto and Dove were the selected top 6 winners. 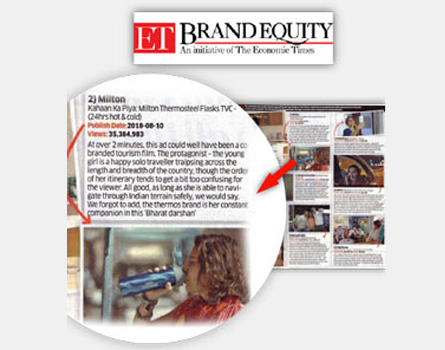 The Leader Board represents the Top 10 ads on YouTube in India that resonated most with the audiences in August’18 and recognizes the brands that performed best through a combination of popularity and promotion. 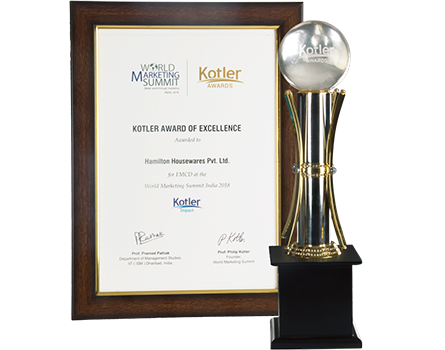 The Kotler Awards is a tribute to the Father of Modern Marketing – internationally renowned Professor of Kellogg Graduate School of Management, Philip Kotler, in recognition of efforts of best advertisers and marketers from both the corporates and agencies. 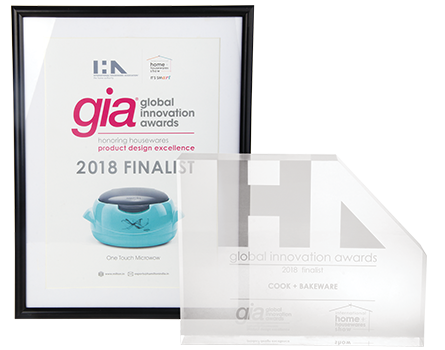 Product design excellence Finalist in the Cookware category One Touch Microwow Casserole
The IHA Global Innovation Awards (gia) for product design is a global platform that honors creations and cutting-edge innovations done by companies and exhibitors from all over the world with award recognition. 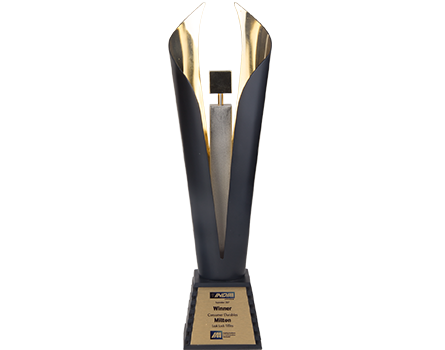 IndIAA Awards is the intellectual property of the International Advertising Association (IAA) India chapter, and was instituted in 2015. It was born of the need for an award to recognize mainstream creative advertising campaigns.

The IndIAA Awards chooses only one winner in a category, or a joint winner in case of tied scores. Awards are presented to real, hardworking campaigns that are backed by media spends. Gopal Vittal, Chairman and CEO, Bharti Airtel, was the jury chair this year. He said, “This is an award that truly measures the creativity, freshness of the idea, its campaign ability and also stuff that is really material. The discussions amongst the jury members were terrific and we believe the winners truly deserve the awards.” Pradeep Guha, Chairman, IndIAA Awards, said, “This is probably the only award that has every big advertiser, advertising agency and media together on one platform. The 'asli' award has turned out to be an 'asli' winner.” 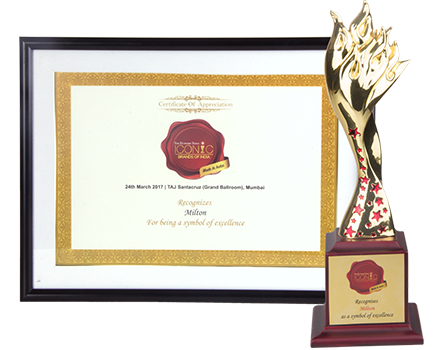 The Economic Times - Iconic Awards (Made in India)

In today’s complex and busy world, brand names are everywhere—plastered all over websites, on railway and metro cars, on the sides of buses, and even in public places. But most of the time, even though they’re accepted as a part of the scenery, these brand names don’t signify much to those who observe them.

Yet among the mindless white noise of modern marketing, a few brands stand out from the crowd. Admired and packed with meaning, these truly iconic brands inspire passion and fierce loyalty among their customers. They represent the gold standard of branding. Any marketer worth his salt would die to work with an iconic brand, or better yet, to help create one.

As the government’s ambitious “Make in India” initiative gains productive momentum, this award acknowledges and celebrates the “Made in India” brands, which have stood firm in the winds of globalization and have truly become a part of our popular culture and day to day lives. Good Design Award has been a sole comprehensive design evaluation and commendation system in Japan since 1957. Companies and designers from both inside and outside of Japan participate in the activity to enhance the industry or the quality of life through the design. “G Mark”, the symbol of the award has been recognized widely as a mark representing good design. 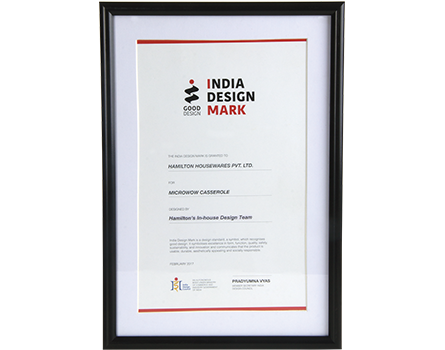 India Design Mark is a design standard, a symbol, which recognizes good design. It symbolizes excellence in form, function, quality, safety, sustainability, and innovation and communicates that the product is usable, durable, aesthetically appealing and socially responsible. India’s Most Attractive Brands ranks Milton as the most attractive Kitchenware Brand. 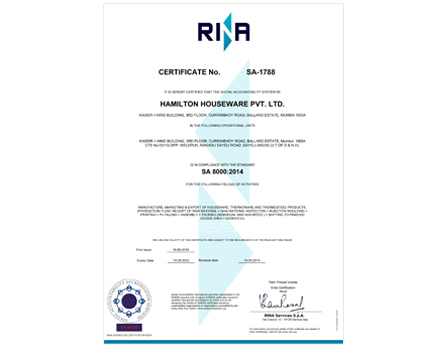 Social compliance is a continuing process in which organizations endeavour to protect the health, safety, and rights of their employees, the community and environment in which they operate, and the lives and communities of workers in their supply and distribution chains. SA8000 is an auditable certification standard that encourages organizations to develop, maintain, and apply socially acceptable practices in the workplace. It is based on conventions of the ILO, UN and national law, and spans industry and corporate codes to create a common language to measure social compliance. World’s leading Retailers source their products only from the factories which are Socially compliant and our SA 8000 Certification helps us in offering our product range to them. 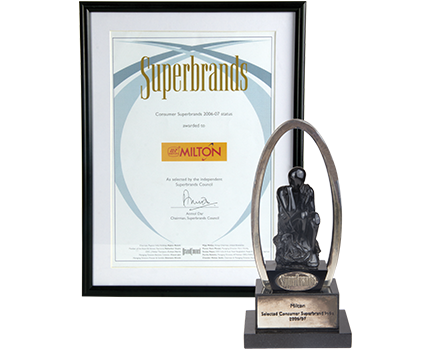 Consumer Superbrands award in the year 2006-07

Milton bagged the prestigious Consumer Superbrands award in the year 2006-07
Superbrands believes that it can provide tremendous service by identifying those who have maintained the highest standards of product integrity and brand development. Winners are the brands that have worked hard to win their consumers’ trust.